T. Higbee Embry "took to the air just like a duck goes to the nearest pond," said a pilot instructor. But Embry also made many significant achievements on the ground. In Cincinnati on December 17, 1925, just 22 years to the day after the Wright brothers' historic flight, Embry and pilot John Paul Riddle signed a contract that formed an aircraft distributorship in their names. Embry was President; Riddle, General Manager.

The company was not an immediate success. The first planes were sold only when Embry bought one himself and sold another to his mother. But Embry spread the gospel of the benefits of aviation, business picked up, and the company grew. It founded a flight school that was the genesis of the world-class educational institution Embry-Riddle is today.

To honor Embry's entrepreneurial accomplishments and his quest to get the world to recognize the importance of air travel, we have established the T. Higbee Embry Gift Society. It recognizes donors whose personal lifetime contributions to the university total at least $100,000 in cash, securities, real estate, bequests, or trusts.

Members of the society have been instrumental in helping Embry-Riddle keep up with the rapid growth of knowledge in both the science and practice of aeronautics. The generosity of the members also has allowed the university to set the pace for enhancing that knowledge in the research lab and disseminating it through the classroom.

We invite you to join the T. Higbee Embry Society and help us continue to reach milestones on our quest for educational excellence. 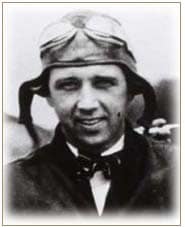 The Embry Society recognizes donors whose personal lifetime contributions to the university total at least $100,000.