What are the characteristics of a leader? A willingness to embrace change and take risks? An expansive vision? An ability to get things done?

All these characteristics can be attributed to Jack R. Hunt. In 1965, as Embry-Riddle's first president, he consolidated the institution's flight training, ground school, and technical training programs in Daytona Beach, Florida. This move was a major milestone on the organization's path to achieving world-class status. Within three years, the school was accredited by the Southern Association of Colleges and Schools, and two years later, Embry-Riddle gained university stature.

Hunt also launched a major expansion of the university when the 510-acre site of a former Arizona college became Embry-Riddle's western campus.

To honor his legacy of growth, we have established the Jack R. Hunt Society. It recognizes Embry-Riddle donors who give a lifetime total of at least $1 million in cash, securities, real estate, bequests, or trusts. Members of the society express their support over a lifetime, but they help the university achieve its goals hour by hour and minute by minute, as researchers expand aeronautical knowledge in our labs and professors share it in our classrooms.

We invite you to join the Jack R. Hunt Society and carry on his legacy of growth and vision for Embry-Riddle. 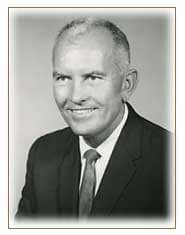 The Hunt Society recognizes Embry-Riddle donors who give a lifetime total of at least $1 million.