Cincinnati businessman T. Higbee Embry owned a plane but didn't know how to fly it. John Paul Riddle helped him earn his wings.

Riddle, born in 1901 in Pikeville, Kentucky, wanted to fly from an early age. He got an appointment to the U.S. Naval Academy in Annapolis but was disappointed to learn the institution only wanted to train balloonists. Riddle became a cadet in the U.S. Army Air Service in 1921, and later, a barnstormer.

He met Embry and formed a fast, strong friendship. In 1925, the men signed a contract to open an aircraft distributorship in their names. The company founded a flight school that foreshadowed the development of today's Embry-Riddle Aeronautical University.

In honor of his pioneering efforts, we have established the John Paul Riddle Gift Society. It recognizes donors whose personal lifetime contributions to the university total at least $500,000 in cash, securities, real estate, bequests, or trusts.

We invite you to join the John Paul Riddle Society and help our students earn their wings as leaders in the aeronautic fields. 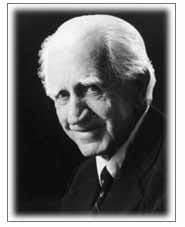 The Riddle Society recognizes donors whose personal lifetime contributions to the university total at least $500,000.